The islands are the windiest location in the UK with an average annual wind speed of 16.8mph.

Onshore wind in Shetland could have the capacity to generate up to 0.75 GW of power between 2024 and 2026. A proportion of that will be for domestic and business use in Shetland with the remainder exported to the Scottish mainland via a 0.6GW interconnector currently under construction or potentially used to electrify oil and gas installations and to produce green hydrogen.

Another factor worth mentioning is that when the supply of electricity generated from wind turbines exceeds the demand the turbines need to shut down until they are again needed which decreases efficiency. This “curtailed” wind could be used to generate hydrogen locally and/or be stored for later use and could be an important contributor to local micro-grid networks.

Offshore wind generation presents one of the greatest untapped potentials for Shetland.

With technology developing rapidly offshore floating wind could unlock huge potential to generate green hydrogen at industrial scale on Shetland for local use and for export.

The Sullom Voe region could be the centre where offshore wind energy is used to produce green hydrogen and hydrogen derivative fuels for local use and export.

Currently bids are being evaluated by Marine Scotland and Crown Estate Scotland for the East of Shetland NE1 block, which is part of the ScotWind round, with awards planned in early 2022. Marine Scotland has also opened consultation on an additional offshore wind round which will open in late 2022 for wind licences to the west and east of Shetland.

Shetland is a global leader in tidal turbine technology with plans to scale-up production and spread knowledge around the world to deliver clean, predictable electricity generation.

Nova Innovation installed the world’s first offshore tidal array in Bluemull Sound in 2016 and the array’s capacity is being doubled to 6 turbines.

There is potential to expand tidal energy in Shetland and replicate its successes across Scotland, the UK, and worldwide. 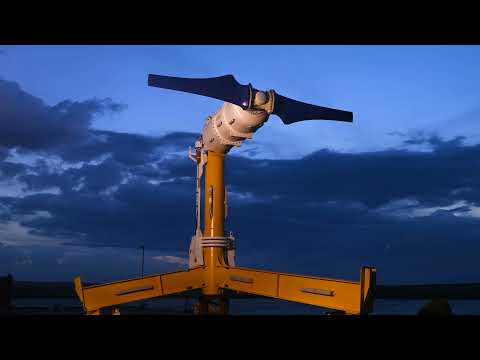 Shetland is well positioned for utilising offshore natural gas to the east and west of the isles.

This creates a key opportunity for the development of blue hydrogen. What is hydrogen?
Find out more

How ORION fits in
Find out more